We Never Gave Up – Stories of Courage in Gambia

Gambia documentary screening at Pan African Film & Arts Festival – We are honoured to have ‘We Never Gave Up – Stories of Courage in Gambia‘, made for Amnesty International, chosen to be shown in its entirety at the 27th PAFF, Los Angeles, CA, February 7-18, 2019 (screening times to be confirmed)

We believe film and art can lead to better understanding and foster communication between peoples of diverse cultures, races, and lifestyles, while at the same time serve as a vehicle to initiate dialogue on the important issues of our times. PAFF.

Once the screening has taken place, we will post a link to view the full documentary. In the meantime, the trailer can be seen here.

Jason Florio is currently working on ‘Gambia – Victims and Resisters of a Regime‘ making portraits and filming testimonies, with Helen Jones-Florio.

From 1994 -2017 President Yahya Jammeh ruled the Gambia, West Africa, as his own personal fiefdom, crushing dissent, and opposition, with brutality.

His personal hit squad and intelligence agency carried out tortures, and assassinations with impunity – journalists were gunned down and disappeared, ministers were jailed, students shot in cold blood, and even his own brother and sister were murdered on his orders.

With Jammeh’s 2016 election defeat, he went into exile after a standoff with regional forces, and the victims of his regime started to come forward.

So far, over 1000 victims and their families have registered with the Gambia Centre for Victims of Human Rights Violations to share their stories and help build international support to bring Jammeh to justice

This is a work in progress in collaboration with the GCHRV.

‘Gambia – Victims, and Resisters  of a Regime’

We’ve been busy these last couple of months, working predominantly on the portraits of victims and resisters in our second home of The Gambia. This is a work-in-progress, which we began two years ago. We also got asked to make a documentary for Amnesty International, which should be available to view in its entirety next month. See the trailer on our Vimeo page.

Along with making the portraits, we are filming the testimonies of all the victims and resisters of the Yahya Jammeh 22 year regime. More on this at a later date.

Dodou Sanyang in the room of his recently deceased mother. She was one of over a thousand elderly people abducted on the order of the former president, Yahya Jammeh in 2009. Groups of Jammeh’s paramilitary troops along with his youth brigade, The Green Boys and ‘magicians’ from Guinea went from village to village as part of a nationwide hunt for witches.

The alleged witches were held for up to five days in secret locations and made to drink ‘Kubehjaro’, a hallucinogenic substance, and then forced to confess to witchcraft. Some were also severely beaten and robbed by their captors. Some died at the detention sites, and others like Sanyang’s mother suffered years of illness before dying. Many in Sanyang’s village believe the elderly there were not targeted for witchcraft, but because the village had been an opposition stronghold –  Essau, Northbank Division, The Gambia. Image ©Jason Florio.

Oumie Jagne was shot twice in the arm by Jammeh regime security forces after she was caught up in the student protests of April 10/11 2000. She was at her small shop when the shooting of unarmed students began and attempted to help a young girl who had been shot in the foot. While pulling the girl to safety, Oumie was fired upon and suffered life-changing injuries, almost severing her left arm. She is one of over 1000 victims registered at the Gambia Centre for Victims of Human Rights Violations – Bakau, The Gambia. Image ©Jason Florio.

‘Gambia – Victims, and Resisters  of a Regime’

See more from this on-going series of portraits on Jason Florio’s website floriophoto.com

From 1994 -2017 President Yahya Jammeh ruled the Gambia, West Africa, as his own personal fiefdom, crushing dissent, and opposition, with brutality.

His personal hit squad and intelligence agency carried out tortures, and assassinations with impunity – journalists were gunned down and disappeared, ministers were jailed, students shot in cold blood, and even his own brother and sister were murdered on his orders.

If you would like to know how you can help us to make more #Portraits4PositiveChange, please check out our GoFundMe page.

‘Gambia – Victims and Resisters of a Regime’

‘Jason Florio shares his images from his ongoing series on citizens of the Gambia who were tortured under the regime of former President Yahya Jammeh, and who are now stepping forward and demanding justice.’  Open Society Foundation.

December 2018 – we are back in the Gambia, West Africa. Cell phones on silent please! Jason Florio at work – making #Portraits4PositiveChange.

To read more about why we are doing this project – GoFundMe. And, see more from this ongoing series at floriophoto.com.

‘Gambia, little Gambia…‘ we are back! Heading from the airport towards Bakau, with Buba Bah & Jason Florio

Check out why we are back:

‘Gambia – Victims, and Resisters of a Regime’ 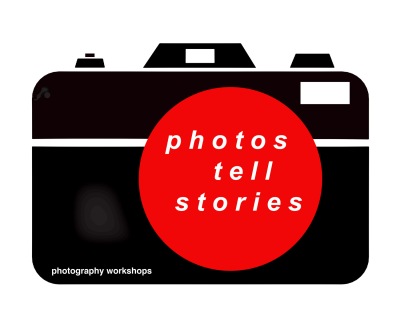